Full Name
Matthew Davis
Job Title
Founding Director
Company
The Cheuse Center, George Mason University
Speaker Bio
Matthew Davis is the founding director of the Cheuse International Writers Center at George Mason University. He’s the author of When Things Get Dark: A Mongolian Winter’s Tale and his work has appeared in the New Yorker, the Atlantic, the Washington Post Magazine and Guernica, among other places. He has been an Eric and Wendy Schmidt Fellow at New America, a Fellow at the Black Mountain Institute at UNLV, and a Fulbright Fellow to Syria and Jordan. He holds an MFA in nonfiction writing from the University of Iowa and an MA in International Relations from the Johns Hopkins School of Advanced International Studies.
Davis has long merged the worlds of creative writing and international relations and has been a beneficiary and proponent of cultural diplomacy and international exchange. He joined the Peace Corps in Mongolia after college, lived in Syria and Jordan as a Fulbright Fellow and worked with the International Writing Program at the University of Iowa. He is a firm believer that one of the best ways of understanding the world is through its diverse literatures.
Speaking At
Arab Fiction Now & The Challenges of Writing in & About the Region 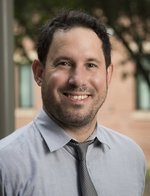